Best Cars and Trucks to Drive for Guys

We’re staring down the road at an electric future, there’s no doubt: Governments and automakers have pivoted to long-term plans where battery-electric powertrains are paramount. But that’s not the only story on autodom, as evinced by the best cars and trucks we drove over the course of this very unique year. On our “best of” list, you’ll find two norm-defying pickups, a game-changing Corvette, a Land Rover with enough off-road chops to cure your cabin fever for good, and more. Here are the drives we dug the most in 2020:

In the old Super Mario Kart, running over a star makes you ultrafast and untouchable, temporarily. Such is the feeling of piloting the 717-horsepower 2021 Dodge Charger Hellcaton a long freeway uphill, past scores of slower cars. Grip the meaty wheel, plunge the pedal, and you hear a high-pitched, menacing supercharger whine as the 4,586-lb beast hurtles effortlessly toward triple digits. If you can get past the big fuel costs (and your big environmental footprint), you’ll find a surprisingly road-trippable family ride with a flipside that can make you feel invincible, for a moment.

A week in the new diesel-engined, overland-ready Gladiator proved to us that there isn’t a pickup on the market that hits as many notes: fun, livable, capable. A 3.0-liter engine gives the Wrangler-based pickup plenty of instant-on, low-end power (442 lb-ft of torque) that’s ideal for technical off-roading, but just as entertaining around town. After stoplights go green, you find yourself leaving traffic in the rearview without even trying. Better yet, the Gladiator’s modest size allows you to throw it in the garage when you get home.

When an officer from the Bee Cave, Texas police department pulled us over in the 2021 Rolls Royce Ghost, he had one question: How’s it ride? Just splendidly, sir. Rolls retooled its formula for the 2021 model with some advanced suspension trickery, which includes road-monitoring dampers to sort out imperfections in the road before you ever feel them. Four-wheel steering allows the stately ride to handle like a machine that’s much smaller, and the 6.8-liter, twin-turbocharged V12 ushers you with haste and refinement. Our answer, to the cop, was deemed sufficient: We were sent on our way with a friendly warning.

The pandemic forced us to test-drive vehicles mostly in Texas this year, and there’s perhaps none more suited to the Lone Star State than the new Chevy Suburban. For one it’s huge. A new independent rear suspension—the first in the Suburban’s long history—frees up room to make up to nearly 145 square feet of cargo space (or an actually livable third row of seating). Two, the thing is luxe, stocked with a plush interior and 12.6-inch touchscreens behind the front seats, connected to the vehicle’s on-board WiFi. At a time when more space and creature comforts are more valuable than ever, the new Suburban delivers.

Strangely, no vehicle we drove this year drew more thumbs-ups than this larger-than-life pickup. The supersized, supercharged, Hellcat-powered Ram indeed proved a mood-booster, even if we weren’t able to fully test the otherworldly capabilities of its suspension, built for bounding over the high desert with 13 inches of travel. Its unparalleled power was more apparent during city driving: Punch the gas and space cushions dematerialize. And befitting this no-compromises machine, there’s tons of room in the cabin, and an infotainment system that’s the most seamless in the biz, too.

During two separate drives—one in Nevada, one in Texas—the next-generation Vette proved that this reworked American classic is better than ever, with transparent and predictable handling, courtesy its mid-engined layout. Some, of course, will complain that its small-block V8 engine isn’t loud enough and doesn’t crackle like the fire-breathers of yore. But this Stingray is young, and more power and tailpipe pyrotechnics are sure to follow. In the meantime, new Vette drivers will dig details like Stealth Mode, where the interior goes dark—console, buttons, everything save your mph readout and other essentials. Just you, machine, road. No distractions. How subtle. How un-Corvette. How cool.

Somewhere out on a rollicking ride through the dips and bobs of Texas Hill Country, it hit us: The McLaren GT simply rocks, whether it’s a true grand tourer or not. The high-tech British manufacturer intends the GT to be its most livable, daily drivable sportscar—there’s more cargo space and more powertrain refinement here than in its other rides—yet the GT proves no slouch when tasked in the twisties. Its 4-liter V8 and seven-speed dual clutch provide unflagging power, while its adaptive damping suspension and hydraulic steering provide transparent feedback, lending you confidence to push harder, as does its excellent forward visibility. The GT’s a winner. We haven’t had more fun behind the wheel all year.

In a year where getting away from civilization became more appealing than ever, the relaunched Defender offered a compelling and capable vehicle to do it in. We took a quick spin in the Defender, both on smooth pavement and on dirt, and our drive revealed that the vehicle boasts tons of tech, comfort, and livability, especially the well-designed, smartly packaged interior—while offering more off-road capability than you’re likely to ever use. We flung it down a remote ranch road and were impressed by its ease over the sketchy, rutted stretch, thanks in part to an air suspension that lends nearly 12 inches of clearance, a peppy 3.0-liter inline-six, and a precise, direct steering that makes it handle like a smaller vehicle. It’s a best-of-both-worlds machine that doesn’t disappoint. 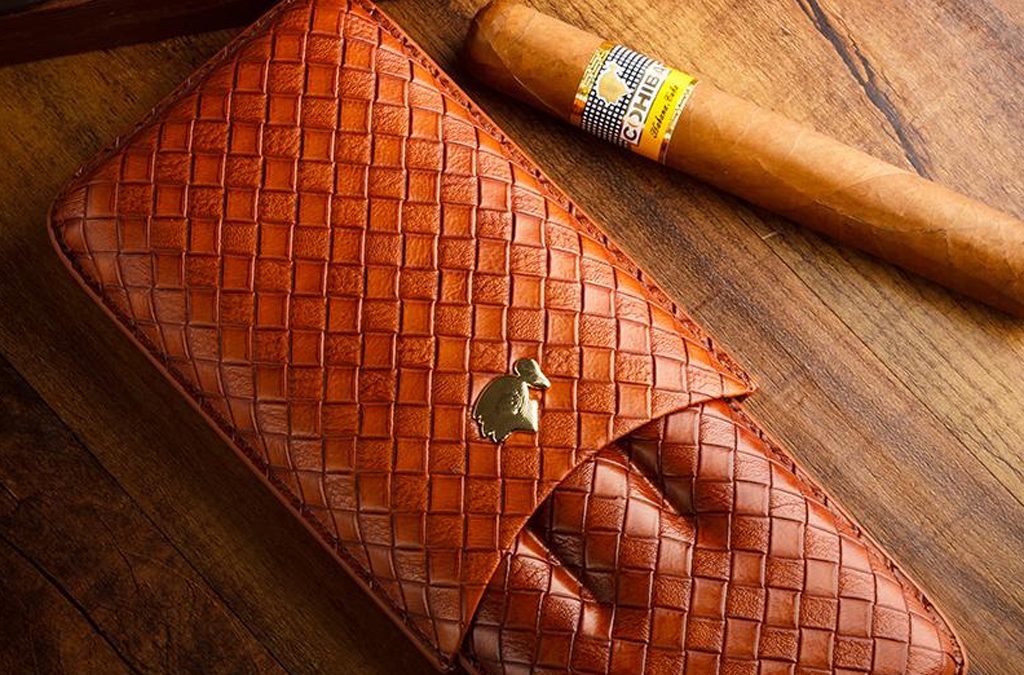 THE 61 BEST GIFTS FOR CIGAR LOVERS

Cigar aficionados are particularly difficult to shop for. You have to assume they already have all of the basic cigar accessories, and they obviously know more about their hobby than you do. Your cigar-loving guy may think they have it all, but we have a few cigar themed gifts up our sleeve that he may not realize he wants! Some of these gifts can be personalized, and our opinion is that a custom gift makes the best gift. 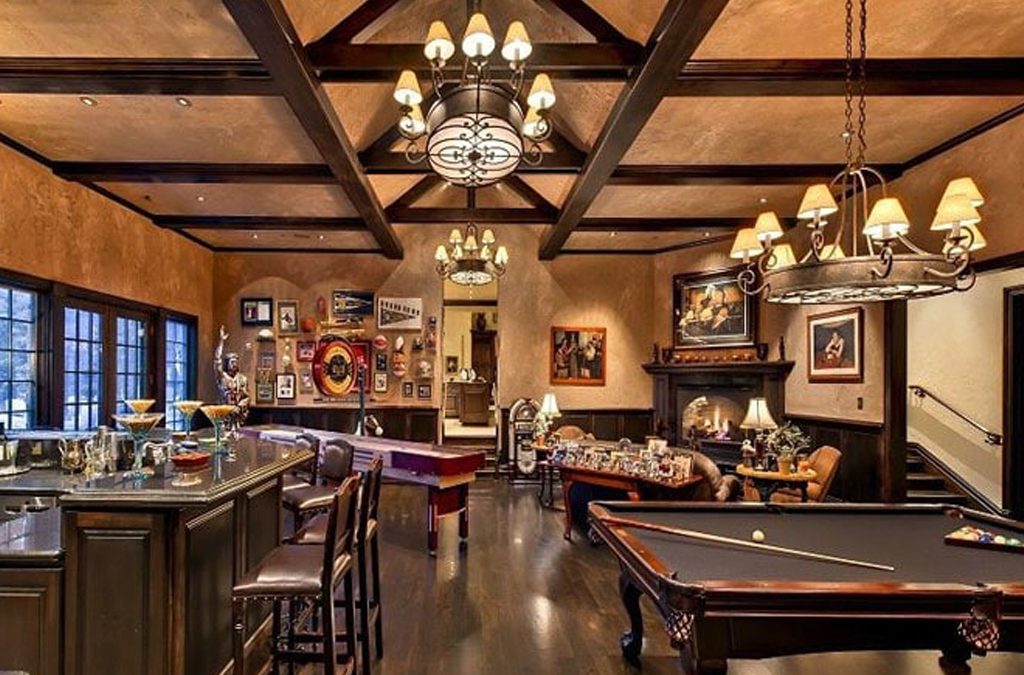 Every man has dreamed of one day having his very own man cave. The best man caves will cater to your hobbies, enable you to proudly display your collectibles, and offer a space to entertain friends. Bars, poker and pool tables, big-screen televisions, home theater systems, unique lighting, leather couches, and masculine furniture are just a few essentials you need. 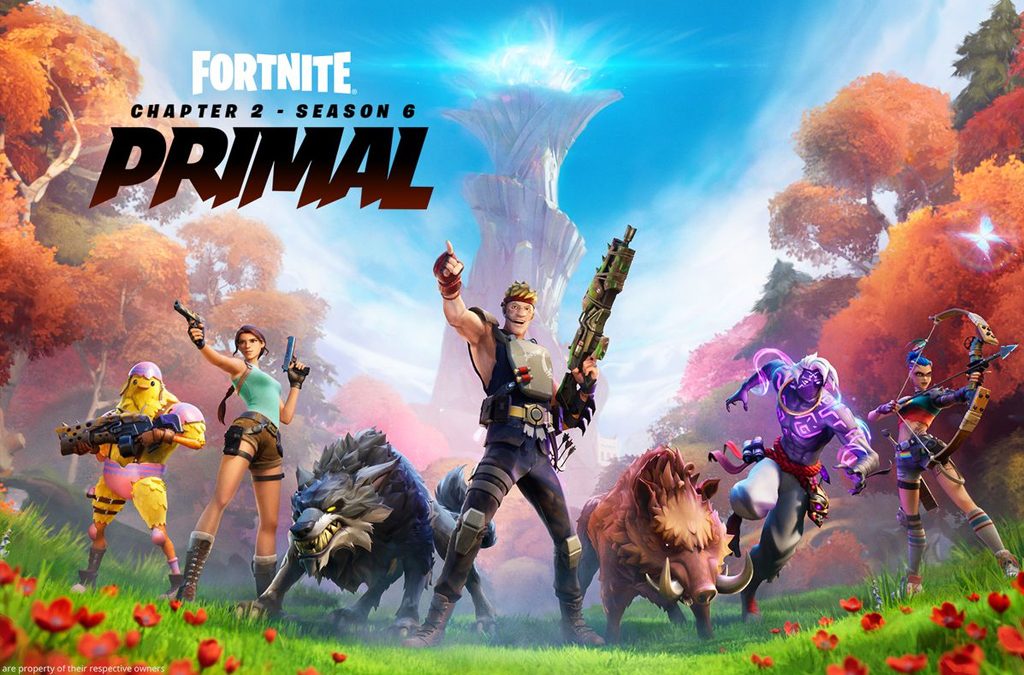 In her book How Games Move Us (2016), computer games researcher Katherine Isbister writes that her friends and colleagues believe that gaming might numb people’s emotions. Given the possible connection between games and violence, it may be understandable that they think this, but Isbister disagrees with them. She writes that “games can actually play a powerful role in creating empathy and other strong, positive emotional experiences”.

Designers want players to laugh, cry and extend empathy to the other characters and players within digital games. So whether you are looking for a welcome distraction or a mood boost, here are four games to try.