The Ventum 33 is Hoyt’s best compound bow to date

With the Ventum line, Hoyt Archery made some of the most significant changes we’ve seen in their aluminum hunting compounds in the past decade. But while Hoyt always had its throngs of fans, it’s hard to deny that in recent years, the name Hoyt hasn’t quite carried the same “uumph” as in the past. Their bows have always been well made and high-performing, but they were getting beat on the 5-yard line, which is the distance most bowhunters test drive new bows. With previous models when they shot a Hoyt bow, they felt the signature Hoyt hand shock. It’s not a jarring thump. But it is noticeable compared to other bows that basically have none. The Hoyt Ventum 33 changed everything. They ditched the thump, and moved back to prominence on the 5-yard line. I’ve shot every compound Hoyt has produced for the past seven years, and the Ventum offers the most comfortable shooting experience – bar none. It’s definitely one of the best compound bows of 2021.

I don’t exactly know how long Hoyt built its hunting compounds with the cam-and-a-half cam system, but it was more than a decade. That system was ditched for the Ventum in favor of the all-new HBX cam – a tri-track, binary cam system. That is, there are three separate string tracks on each cam, and the two cams are slaved to each other via cables. What you don’t see anymore are the Hoyt split yokes connected to the limb tips that we’ve known for years. That elimination did come at some cost to end users. When paper tuning a Hoyt compound bow with split yokes, left-right tears were pretty easily eliminated simply by putting twists on one yoke and removing them from the other. That process adjusted cam lean to suit the individual.

With the HBX cam system, Hoyt has incorporated spacers into the axle assembly. So now to move the cam left and right, the axle has to be removed and different spacers inserted to adjust the cam to eliminate tears. The good part about this system is the cam remains vertical as it’s adjusted, rather than simply tipping the cam one way or the other through yoke twists, which could get dicey if too much lean is induced.
Helping stabilize the cams vertically is the tri-track cabling system. Each cam has one cable attached to each side, with the string running down the center. Everything is balanced.

Instead of having as many as four cam sizes and multiple modules, the Hoyt Ventum 33 has one cam and two modules to cover most draw lengths. That’s mostly a benefit to pro shops, which can cut down on inventory, but it is nice for the bowhunter who might want to sell or give their Ventum to someone with a vastly different draw length. There’s a sliding bar on the modules that allows the archer to adjust let off between 80 percent and 85 percent. Most bowhunters will probably opt for 85 percent, but it’s nice to have the option to change to 80 percent if your shot process is better with a more aggressive cam.

When you look at the cams, you will notice flares on each. They look like they might be included to help capture the bowstring and avoid derailing, but Hoyt says they are actually added as weights to help the cams rotate faster and kill vibration. Moving down the limbs to the limb pocket, Hoyt has beefed up the material there once again in the name of killing vibration. Hoyt especially noticed that vibration increased in previous designs as the limb bolts were backed out to reduce draw weight. By adding material to the pockets, they’ve helped quiet the bow.

For the most part, the Ventum riser looks very much like a Hoyt. It’s aluminum. It’s reflexed. It’s got that signature bridge behind the grip. When you get to the bottom, you notice some new features. The most notable is the 2.25-inch Short Stop stabilizer just above the lower limb pocket. It’s a removable stabilizer, but every bow comes with it. The Short Stop has vibration-reducing rubber built into it, and features two, 1.5-ounce weights. The bushing that holds it is attached to the forward-most extension of the riser. At that position, the Short Stop acts like a 7-inch stabilizer would if it were attached to the traditional compound bow stabilizer bushing just below the grip. (And that bushing still exists if you don’t like the Short Stop.) So you get the benefits of a 7-inch stabilizer in 2.25 inches, which allows bowhunters to reduce weight.

The Ventum riser includes a dovetail at the shelf for mounting an integrate-style rest. And a new feature is the addition of a Picatinny rail on the front of the riser for mounting a sight. With an integrate rest and an in-line sight, bowhunters can reduce the profile of their bow, in addition to cutting weight from connection parts that are no longer needed. A handful of companies are expected to produce sights that will work with the new Picatinny, including Axcel, Spot Hogg and HHA.

The Xact Grip Hoyt employs on the Ventum bows is similar to grips Hoyt has included in recent years. It’s short, thinner at the top and bottom than in the middle and puts the wrist in what I’d consider a medium position. Your wrist isn’t bent deep, nor is it straight when your hand is seated on the grip. It’s kind of in the middle. What’s important is that it’s comfortable and it promotes repeatability – the key elements of a good bow grip.

For my test, I borrowed a Hoyt Ventum 33 from Lancaster Archery Supply. It was set at 70 pounds, with a draw length of 29.5 inches. I outfitted it simply with some Trophy Ridge accessories – sight and rest – and shot Carbon Express Maxima Red SD arrows through it.
The arrows weighed 465 grains, which is on the heavier side, but ideal for bowhunting. Using Lancaster Archery’s Custom Chrono machine, I got consistent arrow speeds of 284 feet per second. Hoyt advertises a speed rating of 334 feet per second for the Ventum 33, but I never put much stock into those ratings. I don’t know if I have ever replicated an advertised speed rating for any compound bow made by any manufacturer through years of testing. What I can say is that 284 fps is a common speed for bowhunting-weight arrows shot at 70 pounds at my draw length.

After clocking arrow speed, I broke my shooting test into two parts. First, I did the 5-yard standard. I wanted to know what the average buyer would feel in the average bow shop. As I mentioned, this is the most vibration-free aluminum Hoyt that I’ve shot in years. The Ventum can stand side by side with the most dead-in-your-hand bows on the market. There was no signature “Hoyt hand shock.” And that was a new feeling for me, from a Hoyt. I’m not an engineer, so I don’t totally understand all the technical adjustments Hoyt made to this bow. But I can tell the difference between the Ventum and Hoyt aluminum hunting compounds from prior years.

Next, I like to see how a bow aims and then test its accuracy at 20 yards. I’m not a professional archer, but I’ve been shooting bows for hunting and in competitions for 30 years. I know when a bow holds still when a bow is forgiving, and when you really have to be on point to get it to hit where you want. I could make small mistakes with my bow hand or my release, and the bow didn’t react. My shots still went where I was aiming. After just a couple of shots to get sighted in and to become familiar with the feel of the bow, I was able to put together some solid, three-shot groups.

The Hoyt Ventum 33 held beautifully. I had the Short Stop installed on the bow I shot, and that low, forward weight forced the bow to stand up straight in my hand. Even with a fairly heavy sight installed, the Ventum didn’t want to tip. Top-heavy bows are a pet peeve that I despise. This isn’t one of those. With my pin sitting nice and still – for me – I was able to execute shots in my normal rhythm and with forgiving accuracy. That is, the bow didn’t require me to do anything out of my usual routine. It had a nice draw cycle that peaks about three-quarters through the draw. At the back wall, the string stayed back comfortably. That marked a change in another issue I’ve had with prior Hoyts. I’ve typically felt at full draw like those bows wanted to yank my shoulder forward. I couldn’t relax. That wasn’t the case with the Ventum, which I had at 85 percent let off.

What the Ventum 33 Does Well

The Ventum 33 is pleasant to shoot. It draws nice, holds nice, and it doesn’t thump your hand at the shot. From my perspective, that’s a step up for Hoyt. I haven’t always liked the Hoyt shooting experience. I did with the Ventum 33. It’s also accurate and put arrows where I wanted them to hit without much effort.

Where the Hoyt Was Lacking

In today’s market, this bow is on the heavy side. If weight is a concern, this might not be the right choice for you. I think the weight is one of the reasons the bow shoots so well, but not everyone wants a bow that weighs a tick under 5 pounds. It’s also not exceptionally fast, but that’s not something that I’m overly concerned with because I rank accuracy above everything. But some bowhunters will be unhappy with a bow that doesn’t shoot a 450-grain arrow over 300 fps.

As someone who has tested bows for years, I can’t state strongly enough how pleased I was to see Hoyt turn out a bow that shoots like the Ventum 33. They had to stray from some uniquely-Hoyt technologies, but I think the company was well-served in doing so. The market has been demanding a certain type of compound bow, and Hoyt delivered. 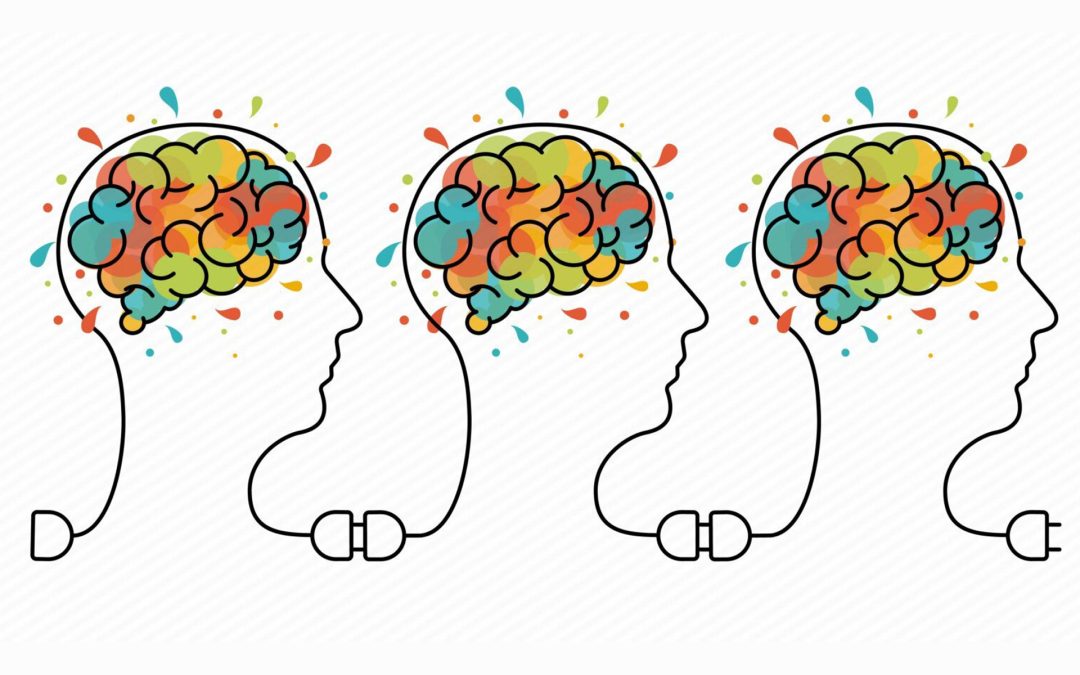 3 Big Mindsets to Winning the Long Game in Dating 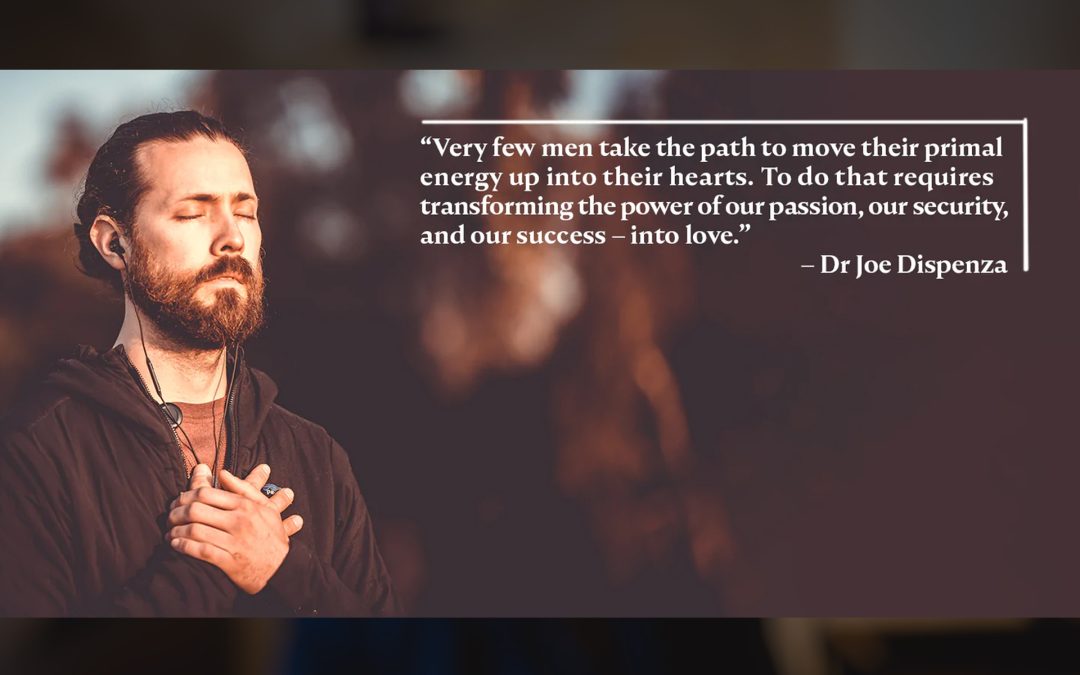 As a man, as a father, I’ve been thinking about this for some time. It’s why I created my new meditation, “The Courageous Heart.” And it’s a conversation we need to have as a community. Because we can overcome that conditioning – and create a new, heart-centered, way to live. 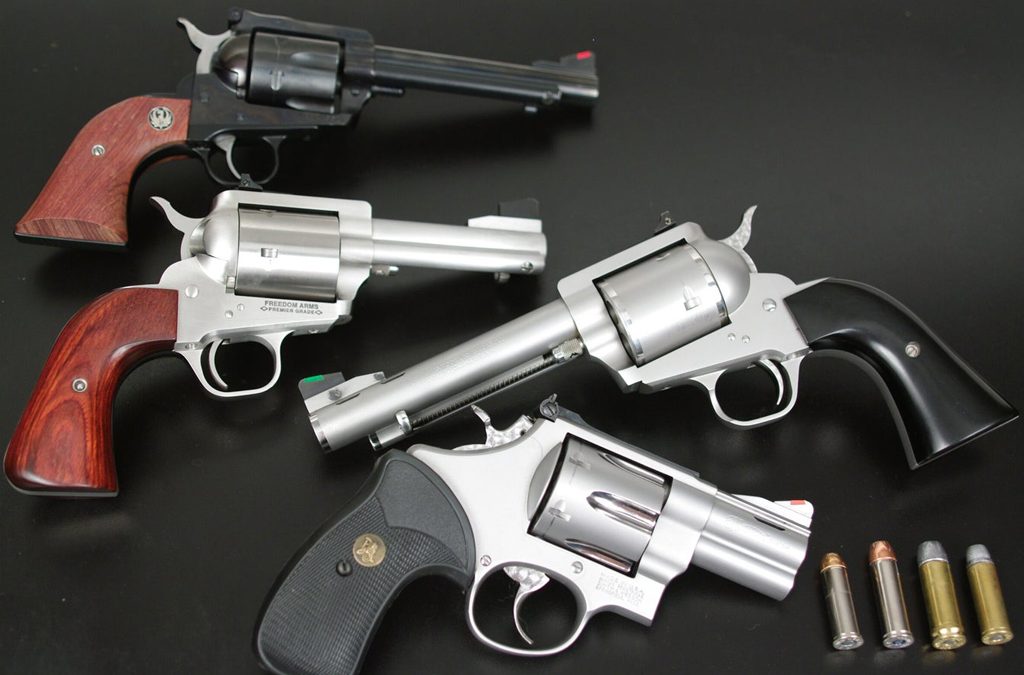 The revolver was our first, successful repeating handgun. Even today, the basic design has remained the same. A revolving cylinder is fitted into the frame with a handle on the bottom. That cylinder has holes drilled in which the charges or cartridges are fitted. This cylinder turns on a pivot pin in the center to align each hole in the cylinder in turn with the barrel and the firing mechanism.