Whiskey-maker wannabe’s rejoice: The Blending Experience at Breckenridge Distillery’s Founder’s Lab lets you mix and match your own whiskey under the guidance of topnotch, glass-swirling distillers. You can learn the art of blending bourbon from nosing and flavor categorization to pairing substrates and breaking down aggregate flavors. Perhaps the best reason to cheer: At the end, after measuring out combinations to the milliliter, you get to leave with a bottle of your own creation, complete with a customized label, to impress your friends back home.

“It’s exactly what bourbon connoisseurs are looking for,” says distillery owner Bryan Nolt, a radiologist and former “scotch nerd” who founded Colorado’s largest whiskey distillery in 2008. “You get walked through the whole process, which is pretty complicated. We teach you what you’re tasting and why. It’s like going to Andrew Zimmern’s to eat dinner.”

When we arrive, glass-topped barrel coffee tables are crowned with four beakers of bourbon, labeled A through D, as well as five snifters, two sterile pipettes (10 and 25ml), and a glass blending tank with pestle. Next to them are Tasting Sheets, with nose, flavor and finish categories; an official Tasting Wheel from the American Bourbon Association, whose characteristics fan out from the big five taste wedges of wood, grain, spice, sweet, and fruit/floral; and Blending Trials forms, where we can track our creations.

The bourbons are all barrel-proof, 115 to 134, higher than what they’d bottle at. In our nosing glasses, we’ll proof them down for taste by using a dropper to add water (think reverse osmosis) straight from the Continental Divide. Breckenridge Distillery proofs their bottles down to 86 proof). The water, Nolt says, will make the bourbons “start opening up, releasing intricacies along the way.”

Under the tutelage of head distiller Hans Stafsholt, we then begin sampling each bourbon, adding water to taste. We learn to swish our glasses back and forth, not swirling, before smelling—picking up subtle notes of oak, spice, and caramel. Sample A, a 2016 aged a full five years, carries notes of orange, cinnamon, caramel, honey, and perhaps a bit of white pepper. On the lips, it brings out a balance of orange predominantly, with a backing of cinnamon. We’re joining the likes of the moonshine-making Hatfields and McCoys, with the only feuding coming between our senses.

The ingredients, says Stafsholt, are nothing but water and grain, including corn, barley, and rye. It’s the thousands of chemical compounds in each, as they oxidize and release tannins, that cause the subtle flavor differences.

“Ninety-five percent of our barrels fit into four categories—fruit, vanilla, rice spice, and mature oak,” says Nolt, adding that barrels age faster at Breckenridge’s altitude of 9,600 feet, leading to more more evaporation but also flavor. “Then we get 1 percent that’s weird shit, like anise, clove, or even bananas Foster. We save those for our special Powderhound blends.”

After smelling and tasting, we move onto the “finish” category of our sheets—aka how it sits on the tongue. Does it linger? Is it grainy or earthy? “We look for a long finish,” says Stafsholt. “Ones that finish quickly can be a little boring. We love the lingering spice finish.” We also learn about “mouth feel” characteristics, which is just as important as nose, flavor, and finish. This is how it feels on the tongue. You want a certain viscosity or creaminess, says Stafsholt—nothing that burns or is too “thin.”

We move on to each sample: sloshing, sniffing, sipping. Sample B, an 8-year old 2013 barrel at 134 proof wafts notes of butterscotch—from our Tasting Wheel falling into the sweet category alongside toffee, caramel, and vanilla—as well as spice and a hint of leather.

Beaker C, a 2016 also aged five years, sits at 128.6 proof. It noses in aromas of butterscotch, dark, sweet fruit, and dried fruit with traces of chocolate. Its finish is thicker, almost creamy. Bourbon D is tougher to characterize. “It was stumping me earlier,” admits Stafsholt, who, after more sloshing, identifies nose tones of spicy brown sugar and caramelized bananas Fosters. Its flavor carries bits of mature oak and perhaps fig undertones. 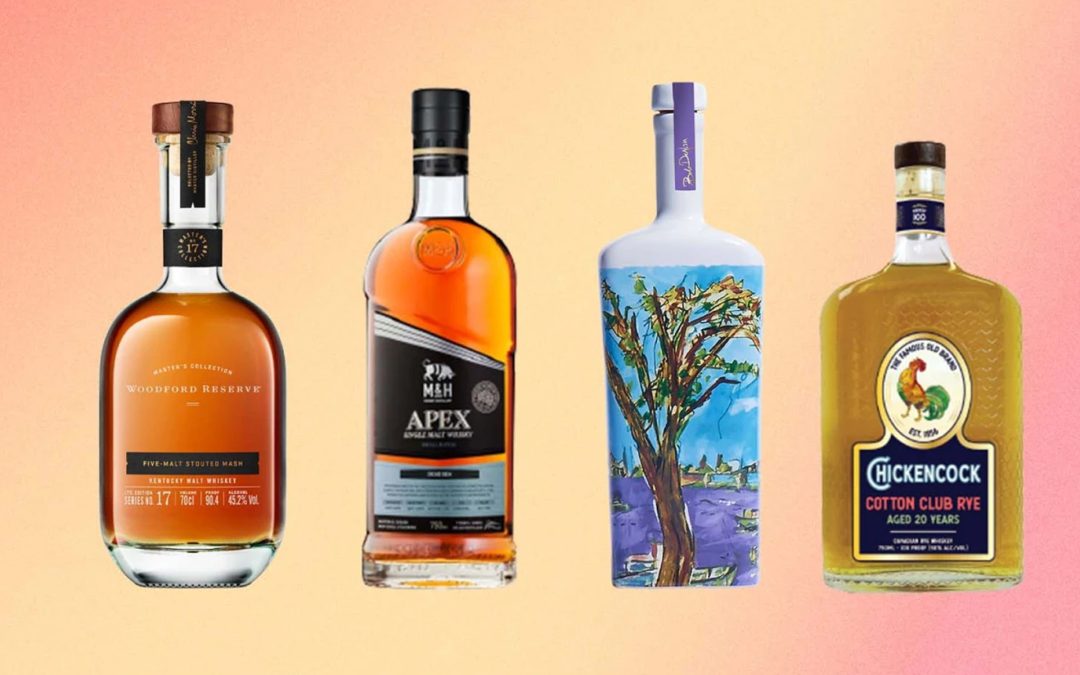 The Best New Whiskeys to Drink This January 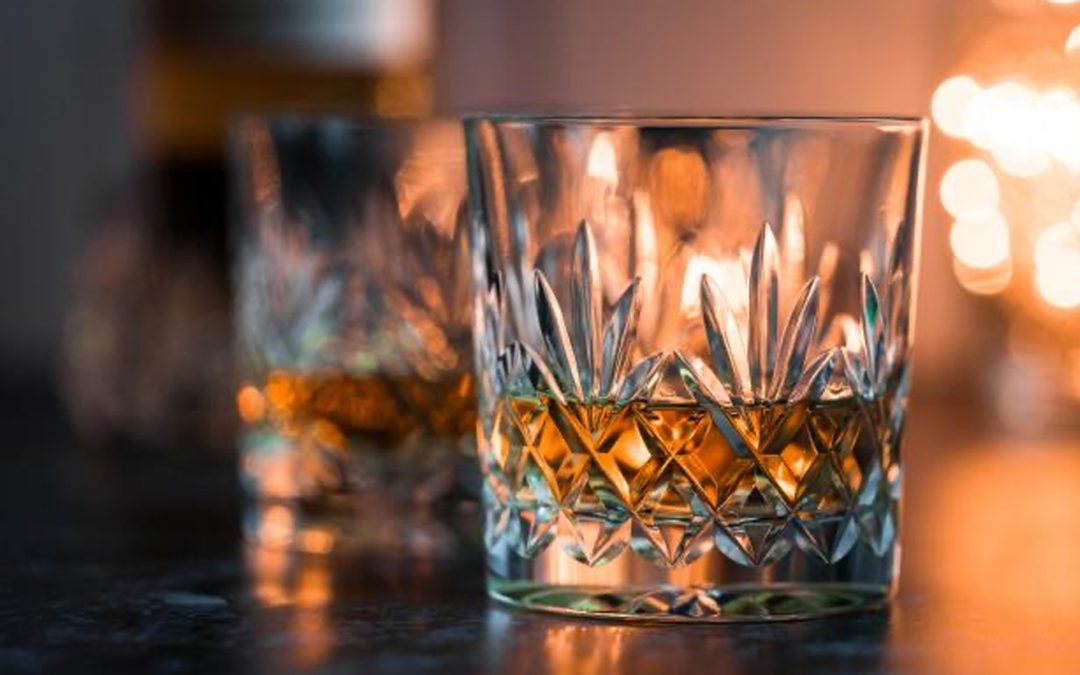 From bottles to barware, these gift ideas are certainly worth celebrating. 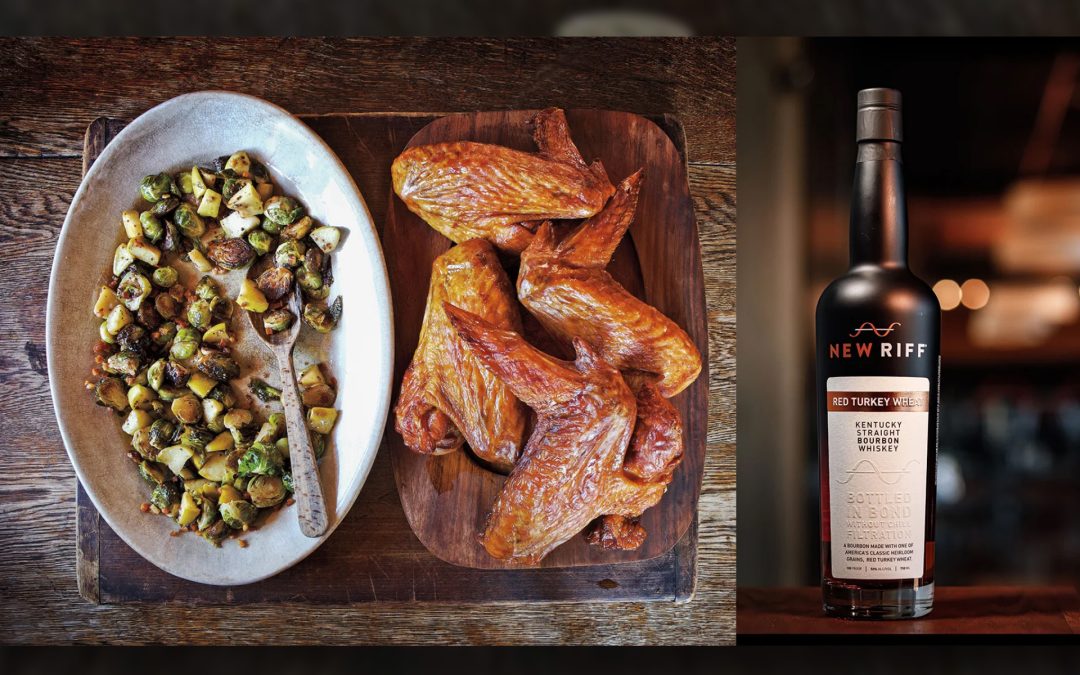 In the holiday lineup, none is more focused on food than the fourth Thursday of November. But Thanksgiving isn’t just an eating holiday. It’s a day for great drinking too. It’s the perfect excuse to offer an all-American lineup of bourbon, rye and other locally made pours. Yes, we’re talking Thanksgiving whiskey pairings.