Sportbikes are great for high speeds and getting low in turns; dirt bikes are right at home slingin’ dirt and threading through dense wooded trails. But if you were to ask either to do the other’s job, they — and you — would quite literally fall flat.

Luckily, there’s something between the two extremes. With the looks and utility of a capable off-roader and the balance and handling of a sport-standard, adventure motorcycles are a jack-of-all-trades way to tackle both paved roads and dirt. With a set of purpose-balanced tires that aren’t too knobby or too slick, an adventure motorcycle can handle a long-haul tour, then confidently set off down a forest road in search of a quality campsite.

Much like the crossover in the four-wheeled world, the adventure bike segment is rapidly expanding, thanks to the combination of sportiness and utility its vehicles provide — and these days, there are now more options than ever to take you wherever. We pulled together nine hot examples of the category that are absolutely worth considering.

Even in the adventure bike world, there are varying degrees of dedication to getting dirty. If you find yourself off the road more than on it, the “adventure touring” category is where to look. These are the bikes you’ll see teams prepping for the Dakar Rally. In stock trim, though, these bikes are more than capable on asphalt…even if they prefer to be caked in dirt.

For the first time in its storied history, Harley-Davidson is diving into the world of adventure touring motorcycles. The Pan America certainly has what it takes to compete, packing a 150-hp liquid-cooled V-Twin, five ride modes, specially developed Michelin tires and a look that’s both novel and distinctly Harley.

KTM long teased a middleweight adventure motorcycle like the 890 Adventure R. Now that the top-tier ADV bikes weigh around 500-600 pounds and boast price tags near $20,000, there’s a segment opening up underneath for a bike like this to slot into the lineup.

Armed with a WP-tuned suspension with 9.4 inches of travel both front and rear and Bosch traction control and ABS systems, this adventure bike will easily outmaneuver the heavyweights and outlast the lightweight dual-sport bikes on longer rides. It might be the Goldilocks option of the ADV world…if you have $14,199 (plus $550 handling) to give KTM.

The Triumph Scrambler 1200 XE is the bike people started asking for the moment someone first took a Street Scrambler off-road. Thankfully, Triumph put some real muscle behind the upgraded Scrambler, making it a genuine off-roader instead of a half-ass wannabe.

With a full suite of electronics, modern connectivity features and rider modes, a lifted suspension and cutting-edge traction and ABS systems, the Scrambler 1200 XE sounds like any other top-rated ADV — but when you consider the package is wrapped in classic Triumph style, it stands out as one of the best bikes in the segment.

The base-level Africa Twin is an incredibly capable bike; the Adventure Sports version kicks it up a notch. Regardless of whether you choose the dual-clutch gearbox or six-speed manual transmission, this Honda adventure bike is a seriously well-sorted machine, and won’t disappoint adventurers keen on piloting a direct descendant of a Dakar winner down any dusty path.

The BMW GS is one of the most iconic and recognizable adventure bikes for a reason. The GS spent decades proving its capability in the remote parts of the world, with each generation improving on the last. You can rest assured the R1250 GS Adventure is the best BMW Motorrad has to offer — at least, as far as the adventure touring motorcycle experience is concerned.

For the giant piece of the world’s population that has to navigate city blocks before they can reach dirt trails, the adventure sport touring segment makes more sense in the day-to-day. Packing shorter suspension travel than a full-on adventure bike but more utility than a stiffer sport bike, adventure sport touring bikes could live their entire life on the pavement without complaint.

With street tires, they make for decent commuters. But why not slap some knobbies on ’em and hit some backwoods two-tracks to take full advantage of their potential?

At a fraction of the price of most of its competitors, the Suzuki V-Strom 1050 XTmakes big-ticket tech attainable. With ABS, four-mode traction control and adjustable suspension, the V-Strom stands apart at its price point; at $13,399 plus destination, it’s hard to ask for more. And with proper dirt tires, you can throw an entire mountain range worth of trails at the V-Strom and it’ll take it in stride.

The 170-horsepower V-Twin hints at superbike performance; there’s no doubting the Multistrada’s track capabilities, but this beast has other ideas in mind. It may sit tall, but its balance only lends itself to total versatility; the quirky Italian style is just a plus. All in all, the Multistrada 1260 stands as one of the most advanced bikes in Ducati’s lineup.

On the spectrum of adventure bikes, enduros and dual sports are the best ones equipped for tight trail rides rather than long-distance touring. An enduro or dual can handle a few bags and some cargo — but the ideal way to use one of these smaller bikes is to drive to your destination, set up camp, then go exploring.

Due to their smaller fuel tanks, they don’t have a superb range, so trailering them to base camp isn’t uncommon. Likewise, you don’t want to spend days on end in the saddle; they’re not far from road-legal dirtbikes.

The CRF450RL is based on its race-bred brother, the 450 R — but the tweaks and additions Honda bolted on make it more civilized for everyday use, both off- and on-road. A tamer engine and less aggressive gearing are the most noticeable changes, but the retuned suspension and hidden rubber mounts and bushings throughout the bike soften up the experience and reduce rider fatigue.

KTM built its reputation on beastly enduros, so it’s not surprising that there are few factory bikes that can hold a candle to the 500 EXC-F. This bike may be light and bare-bones, but it happens to be the most powerful dual sport you can buy in America today. To put it in industry terms: this thing rips. 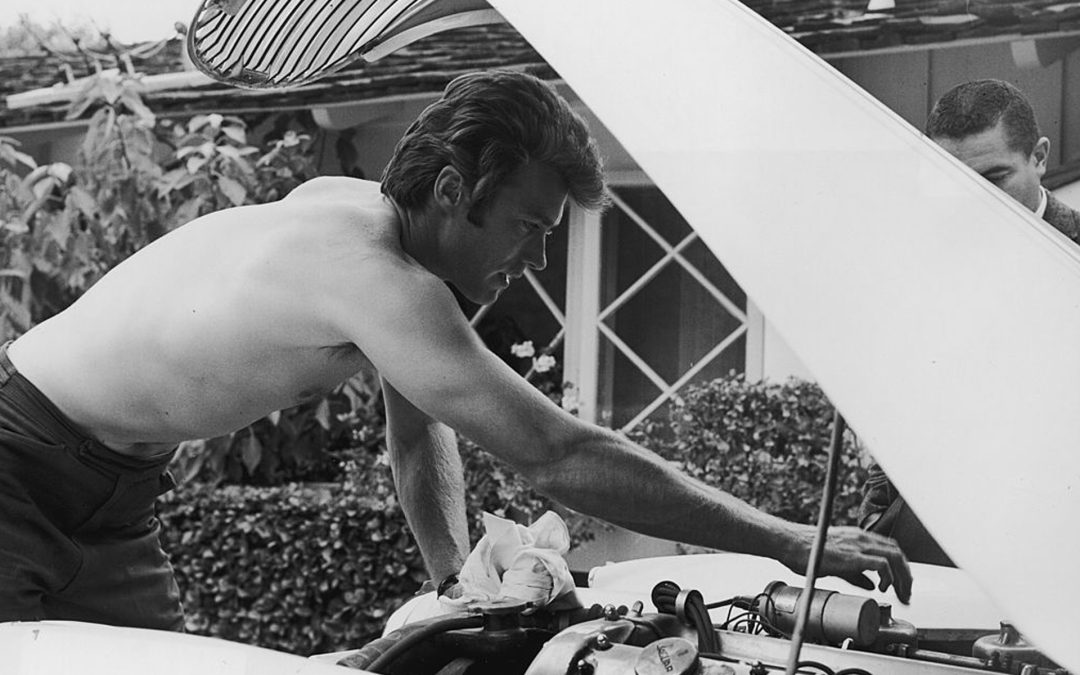 11 Auto Maintenance Jobs Every Man Can Do Himself

There was a time when nearly every man knew how to fiddle around and fix things on his car. Today, with automobiles having become more complex and technologized, the idea of working on your vehicle seems more intimidating, and most guys bring their ride into the shop whenever it has a problem or simply needs maintenance. 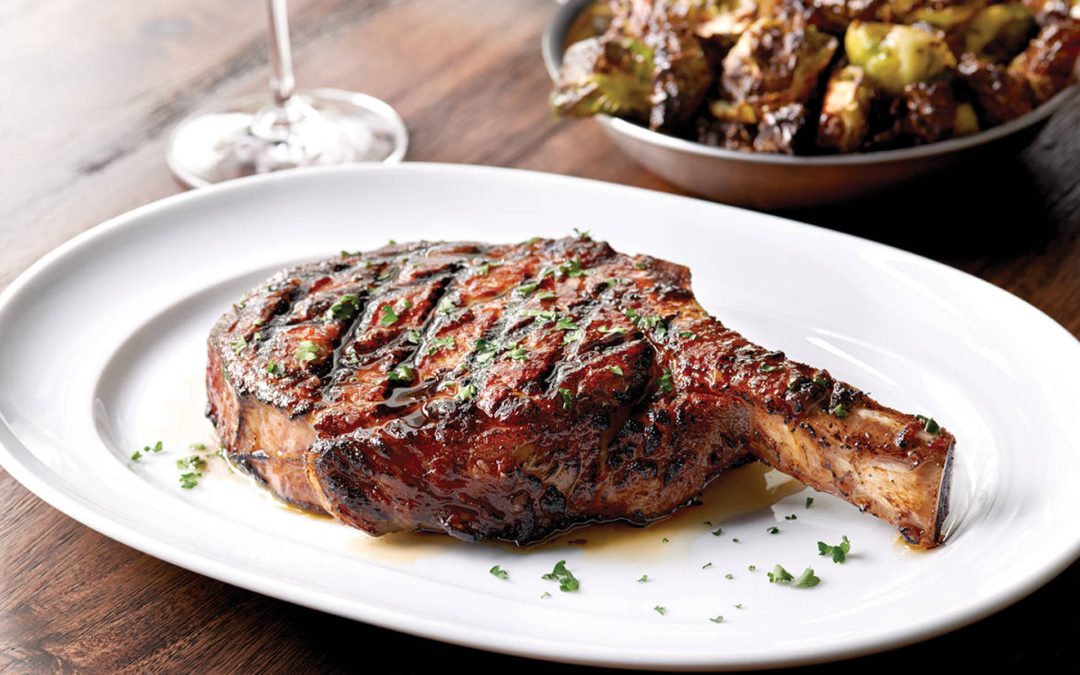 How To Grill The Perfect Steakhouse Steak

Are you looking to grill up the perfect steakhouse steaks this weekend? We turned to Mastro’s Steakhouse New York Executive Chef for some tips on how we can prepare our own quality steaks at home. Because lets face it, if there’s anyone that knows how to make really good steaks, it’s these guys! 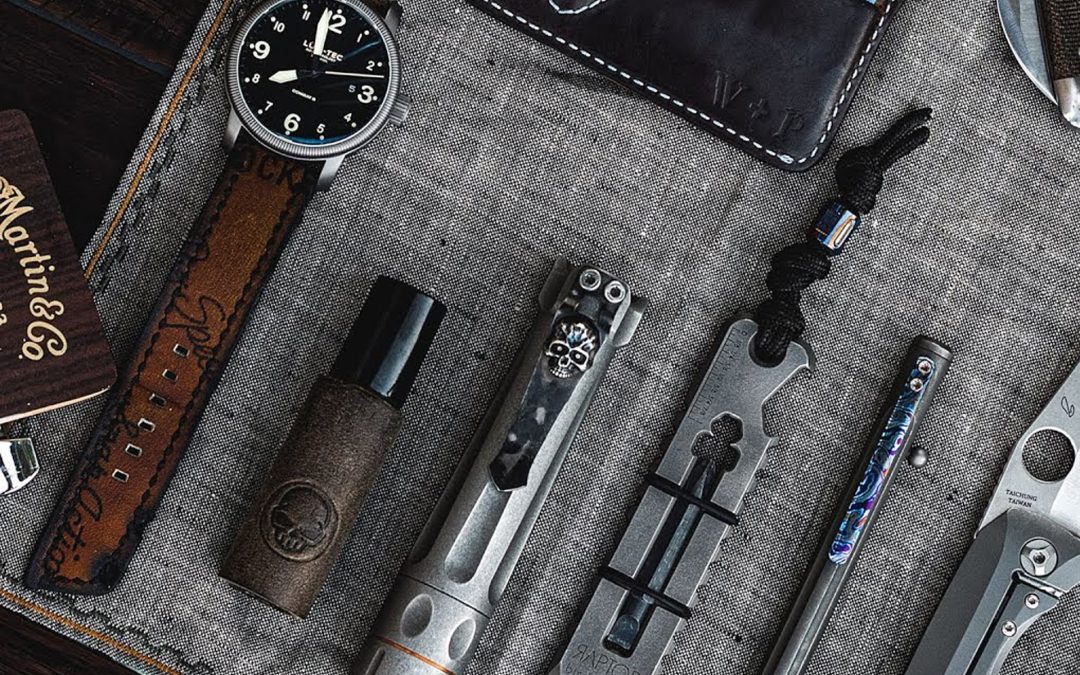 In this article, we define what EDC is really about: matching your ability and equipment in a way that makes you always an asset. As with any topic laid at the feet of the internet hate engine, ‘everyday carry’ equipment has been flogged to death and mangled beyond recognizability. It’s become a meaningless trope; an outlet for guys who are obsessed with gear waylay others with baseless opinions, jargon, and catch phrases like “It works for me” when they argue their bad choices.