Rifles built to bridge the gap between long-range target guns and hunting rifles have become increasingly popular in recent years, but few of these hybrid designs manage to pull off that trick in relatively inexpensive fashion. One that does so – and looks good in the process – is Mossberg’s Patriot Long Range Hunter.

Mossberg upped its game in the bolt-action hunting rifle market with the introduction of the affordable, feature-loaded Patriot line in 2015, but the newer Mossberg Patriot Long Range Hunter represents a significant departure from the rest of the family. At first glance, you can see that this rifle is a different beast, and that’s due in no small part to the rifle’s stock, which is specifically designed for long range hunting. While it has the appearance of a hand-laid composite stock, it’s actually made of wood overlaid with a polymer finish in an attractive gray and black-spiderweb pattern with a micro-textured surface for an enhanced grip.

Several design elements combine to make the stock a solid design for long range shooting. First, unlike other Patriot models, it has machined aluminum bedding pillars for enhanced accuracy. The comb has a raised Monte Carlo cheekpiece for better eye-to-optic alignment, and the flat-bottomed, benchrest style forend provides a stable resting surface for steadying up for longer shots. The forend tapers inward toward the barrel, which makes the rifle easier to handle for those with smaller hands, and it has two swivel studs mounted forward to install both a bipod and a sling.

You might expect a rifle with this sort of stock to be as hefty as an anvil, but that’s not the case. The gun sent to me for testing, chambered in 6.5 Creedmoor and equipped with a 22-inch barrel, weighed just 6.5 pounds. Guns chambered in .308 Win. weigh about the same, while rifles chambered in .300 Win. Mag. and 6.5 PRC weigh a little more due to their longer, 24-inch barrels. All of these cartridges are proven long range performers when matched to appropriate game animals at appropriate distances. The 30-caliber guns have barrels with a 1:10-inch rate of twist, while barrels for both 6.5 cartridges use a 1:8-inch rate of twist.

Mossberg trimmed a significant amount of weight from the gun by spiral fluting the bolt and machining five longitudinal flutes along the front half of the barrel. The carbon-steel barrel is button-rifled, threaded to accept muzzle brakes and suppressors, and has an 11-degree target crown.  A thread cap is included to protect the threaded muzzle when it’s not otherwise employed. The finish on the barrel and action is what Mossberg calls matte blue, but it really looks matte black to me, and it complements the gray-and-black stock nicely. It is, in my view, one of the most attractive Patriot models made yet.

The rifle has an oversized, knurled bolt handle, which allows for fast follow-up shots. It’s also easy to mount a scope on the gun using the pre-installed Picatinny rail. For testing, I used a set of Talley Modern Sporting Rings to mount the new Bushnell Elite Tactical XRS3 6-36x56mm scope, which I had recently used to score hits on an 18-inch target at one mile with another rifle. That’s a bit more scope than you’ll need for hunting, but testing with high-magnification scopes helps in determining a rifle’s true accuracy potential.

My range session for testing the rifle was a bit more challenging than I would have preferred. The wind kicked up, shifting between quarter value and full value, and blew 10 to 22 mph all day. Even so, three of four tested factory loads tested produced groups averaging one inch or slightly smaller. Best groups came while shooting Federal Premium Gold Medal Berger ammo with a 130-grain bullet and with Hornady’s Precision Hunter load with a 143-grain ELD-X bullet. The worst performer of the batch still grouped bullets into average groups of 1.14-inch, and that was when the wind was at its worst. I have no doubt that groups would have been smaller on a less windy day, but ideal conditions seldom exist in the big, open country of the West, where this rifle would be most at home, so conditions presented a solid real-world test.

The Long Range Hunter performed admirably, especially when you consider its rather admirable price tag. The rifle has a MSRP of just $766, making it one of the most affordable rifles in its class. 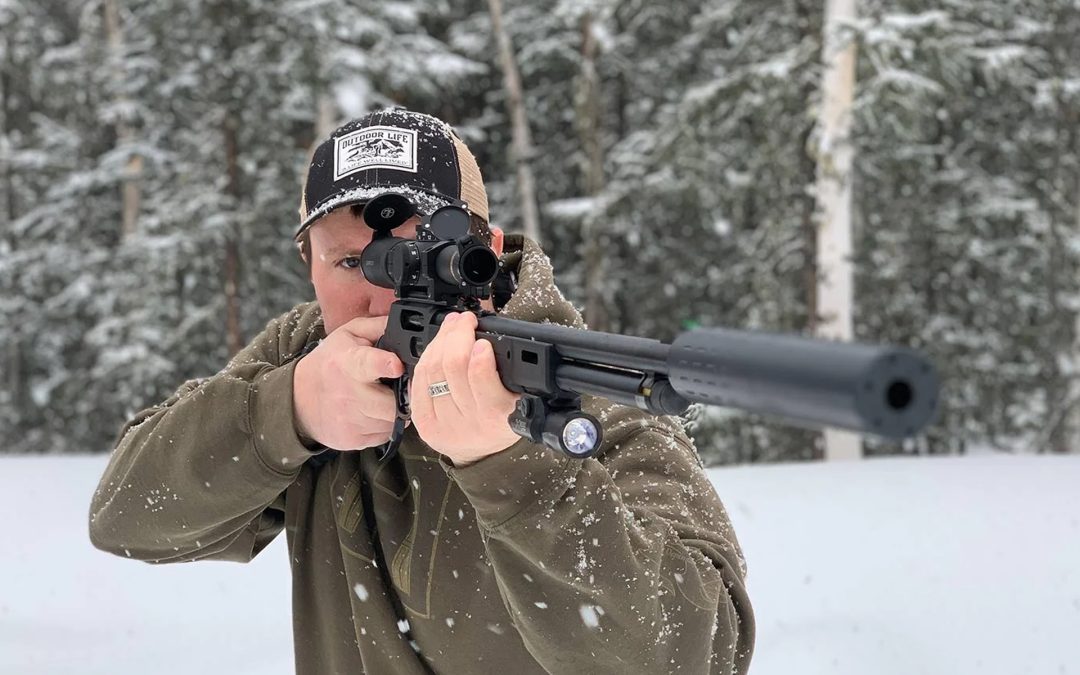 Hand-in-hand with what could be called the suppressor enlightenment in the United States over the past decade, comes the rise of subsonic ammunition. I’m referring to ammunition specifically crafted as subsonic, to be paired with rifles outfitted with a suppressor. There is plenty of misunderstanding about subsonics, what they do, and how you should use them. So the time has come to try and clear up any confusion. Here are 10 things everyone should know about subsonics. 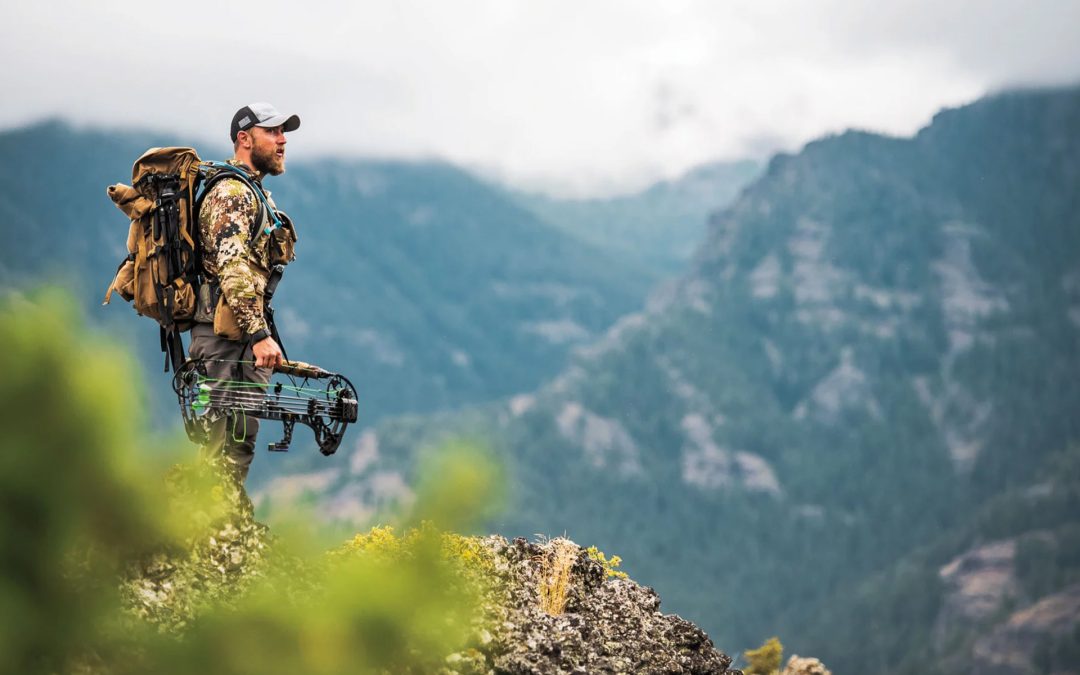 Forget the deer-spotting stereotypes. Backcountry hunting requires trekking for miles over rugged terrain only to retrace your steps while carrying hundreds of pounds of fresh meat on your back. 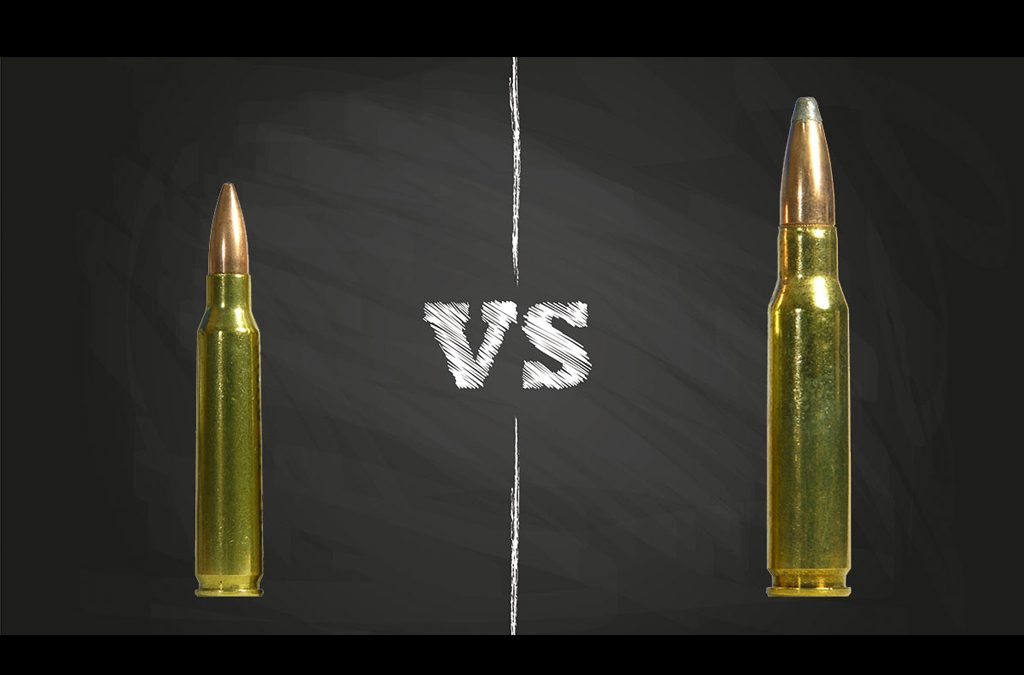 When it comes to debates at your local gun store, your grandfather’s porch, or around the fire at your deer camp, there is none more heated than 223 vs 308. The 223 Remington and the 308 Winchester are the two most popular centerfire rifle cartridges across North America, Europe, and the world.

Ever since the 223 Rem replaced the 308 Winchester as the U.S. Military standard issue cartridge in the 1960s, the debate has raged on hotter than a +P+ 44 Magnum round as to which of these two rifle cartridges is better.